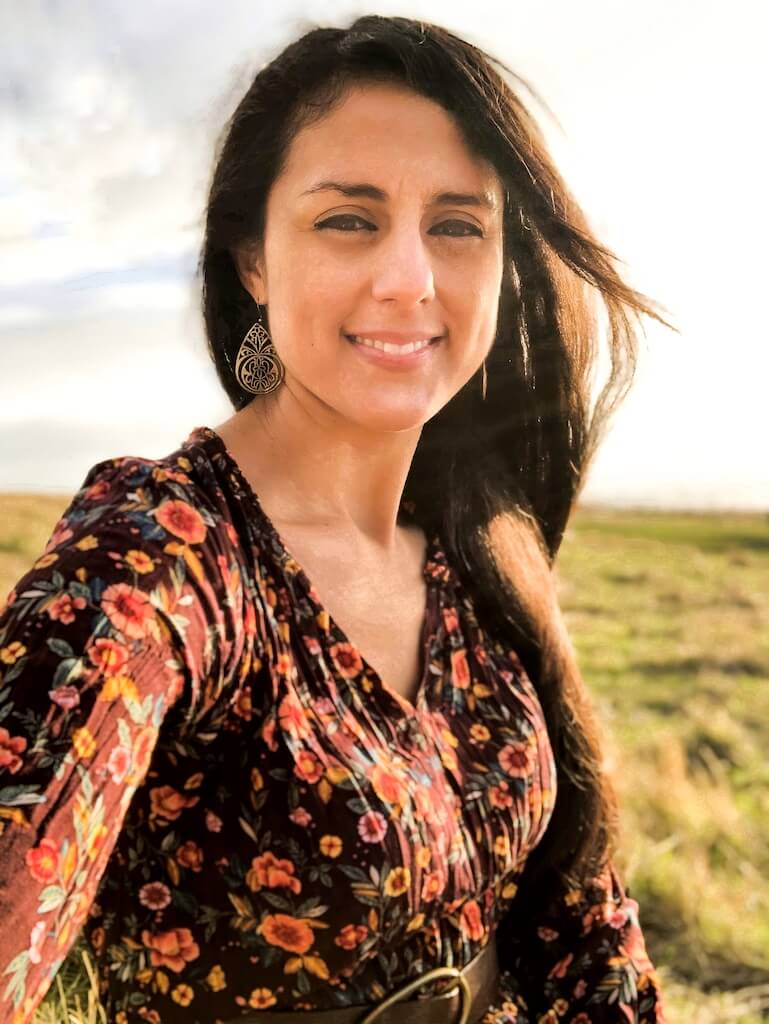 Is a Cucumber a or Fruit a Vegetable? Well, it depends on who you talk to. We dig into what this all really means.

This post may contain affiliate links. As an Amazon Associate, I earn from qualifying purchases. Please read my Disclaimer for more information.

First and foremost, there is nothing better than the fresh flavor of raw cucumber.

Fresh cucumbers are a favorite vegetable of mine and I Iove all the health benefits of cucumbers too.

The question we want to know is, what is a cucumber a fruit, or a vegetable?

We will get a botanical standpoint of this question and a culinary sense of it too!

But we have to start from the beginning first of this botanical fruit or vegetable category.

Is a cucumber a vegetable: Table of Contents

What is a cucumber?

According to Dictonary.com, it’s “a creeping plant, Cucumis sativus, of the gourd family, occurring in many cultivated forms.”

Since cucumbers are known to be part of the gourd family they are part of the vegetable family that consists of melons, pumpkins, and squash.

A cucumber is about 96% water!

In fact, the cool taste of a cucumber comes from how it is basically all water. It has culinary uses and can be used in savory dishes, fruit salads, side dishes, and cucumber juice the most common ways to use cucumbers.

According to Missouri.edu, historians say “cucumbers have been eaten as a food for about 3,000 years and 70 percent of all households are said to consume nine pounds of them per  year.”

There are many varieties of cucumber, you can choose a slicing variety or seedless cucumbers and the most famous example is pickling cucumbers. Regardless of which one you choose, the average person sees cucumbers as one of the most popular produce items in the United States.

Pickling cucumbers are used to make pickles and have a thicker skin layer.

With tougher skin, these cucumbers are made for the pickling process.

These types of cucumbers are easy to pick off and snack on while in the garden.

You can use sliced cucumbers for many salads and other dishes.

The flesh of a slicing cucumber has a different texture than the pickling cucumber.

Slicing cucumbers are more likely to have a crunchier feel.

Is a cucumber a vegetable: Cucumber Growing habits

To grow cucumbers seeds directly in ground, your soil must be at least 60 degrees Fahrenheit.

Therefore, the best way to grow any type of cucumber is to make sure your soil is no colder than that temperature.

They just love being planting directly in the ground and that warm soil!

Starting seeds in a seed starting tray can be a little trickier, as cucumber seedlings are very fragile when it comes to the transplanting process.

So be very, very careful!

Learning how to grow a vegetable garden is a great way to start off growing cucumbers yourself.

Vining cucumbers need a trellis like this one to grow up on.

Additionally, having a good amount of air circulation and spacing is key for vining cucumber plants.

Bushing cucumbers can grow in a smaller space, and grow like a bush in your garden.

No need to have a trellis with these.

Is it a Cucumber Vegetable or fruit?

You and I both know that science is never black and white.

It is believed that cucumbers are scientifically seen as a fruit for their flowers and seeds.

Science sees a cucumber as a fruit, but are also seen as a vegetable in the non-science world.

What are the properties of vegetables and fruit?

The properties that make a fruit are how the fruit grows to have a sweet but fleshy texture.

Additionally, some fruit is considered a fruit because they seed inside them and grow on trees.

Any part of a plant that can be eaten is considered a vegetable.

In a healthy diet, vegetables provide a lot of nutritional value.

According to botanical-online.com, vegetables have a high amount of magnesium, and calcium, and are low in sodium.

Overall, vegetables help our cells and maintain our youth and health.

Vegetables have mistaken for fruit

Is a Cucumber a vegetable, What does Science say?

Science really takes a look at food composition when considering what is a vegetable or a fruit.

With many diet guidelines, vegetables and fruit are classified differently for their nutritional value.

Above all, science determines fruit and vegetable differently, as they look at the medicinal benefits, treating disease, and healing the body.

Therefore, producing separate male and female flowers on the same plant produces pollen that is sticky.

All to say, a cucumbers flowers pollination ratio depends on the cucumbers shape.

Cucumbers will be misshaped and look curvier if the flower on the plant has low pollination.

Seedless cukes, What are they?

Cukes is basically an informal way to say a cucumber. Essentially, a seedless cuke is a cucumber with little to no seeds.

Botanical vs Culinary: Is a Cucumber a Vegetable

Both worlds will differ in the definition of what a cucumber really is.

The botanical point and culinary point seem to base their definition on how cucumber is used or portrayed in their world.

Bottom line, when you are comparing science, home cooks, or restaurant cooks, it really depends on how they use cucumbers when cooking.

Offering so much hydration and having a low-calorie count, cucumbers in the botany world are seen as a fruit because of the seed structure.

Botanically, cucumbers classify as a fruit just like tomatoes.

Overall, In the world of cooking, cucumbers are also eaten like vegetables…but botanically that doesn’t matter.

IJSR.net actually categorizes cucumbers with berries botanically because of the various shapes and sizes it grows into.

Culinary view: A Cucumber is a Vegetable

The culinary world definitely has its own way of looking at cucumbers as a food that can be cooked as a vegetable.

Moreover, cucumbers can be used on salads, made into pickles, sautéed, dehydrated, or used in many various dinner/lunch meals.

They see fruit as being a sweet or tart tasting food and a vegetable to be the opposite of that.

What do home chefs say?

Home chefs say a cucumber is a vegetable because of how they use it in the kitchen.

From experience, using cucumber in recipes gives each meal a nice cool and refreshing taste in my opinion.

Using this plant as a vegetable makes it easy to use.

After all, while cooking at home you can use cucumbers in salads, juices, and even in baking!

In addition, you can puree cucumbers, dehydrating cucumbers, cutting up cucumber for many different salads, or a topping for dinner dishes!

Usually, if a home cook is shopping out in their local grocery store, they will find cucumbers around other vegetables.

You will not see cucumbers in the fruit section of your grocery store.

Does science or the culinary world matter?

I think this topic is always open for discussion.

A reason that it might not matter: cooking with it doesn’t matter if it is a fruit or vegetable as long it tastes good.

But an important reason why it might matter is if you have a food allergy.

Food allergies are something you might have to consider if you’re prone to them.

So knowing if a cucumber is a vegetable or fruit might matter more to you than others.

There is a well-known food allergy that might affect someone eating cucumbers or any other type of fruit or vegetable.

Oral Allergy Syndrome is an allergy some people suffer from. It is also known as pollen–fruit allergy syndrome.

Looking into water OAS according to healthline.com, this allergy is about how “certain fresh fruits, nuts, and vegetables can trigger an allergic reaction in the mouth and throat because of proteins with a similar structure to pollen.”

Cucumbers is a part of the list that trigger this allergy to happen. So if you suffer from this allergy, you might think twice before eating cucumbers.

Is a cucumber a vegetable: Final Thoughts

So in that case, if a cucumber is a fruit or vegetable matters to you or doesn’t it really all depends on who you have a discussion with about this topic.

Either you’re all about science or really just care about how to cook with it.

Hopefully, all this information helped you make a clearer picture of the question is a cucumber vegetable or a fruit.

Let me know your thoughts in the comments below! 7 Easiest Vegetables to Grow for a quick Harvest 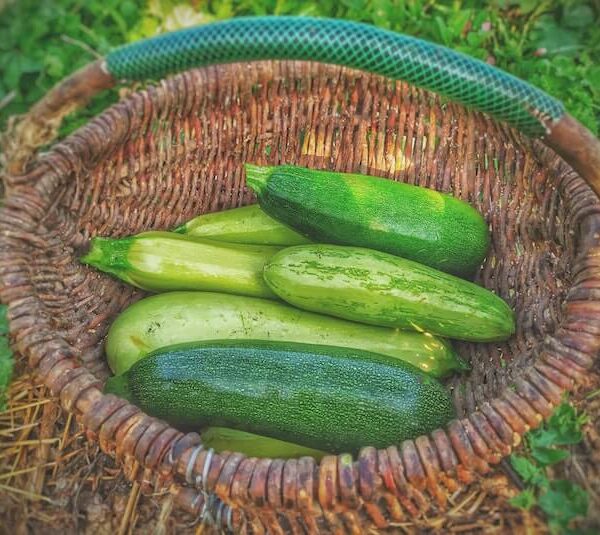 How to grow carrots in Florida and Anywhere else! 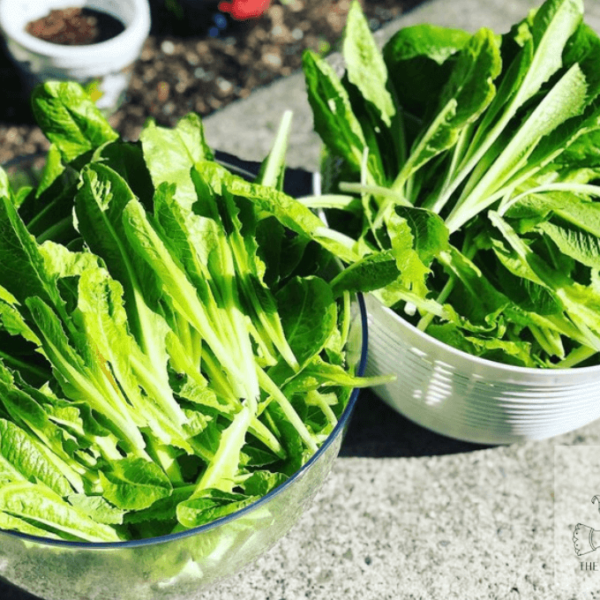 Meet Becky, a registered nurse and modern homesteader. Her goal is to inspire and uplift others through every piece of content she shares about growing food,flowers, cooking & living a more self-sufficient lifestyle. MORE ABOUT BECKY